Before the loan money even lands into your hand, in most cases, you’ve got a very clear picture of what you’d like to buy.

However, as soon as you get the money, most often than not, you get bombarded with so many options to pick from. Nevertheless, your focus is on getting the best product at an affordable price, right?

With that understanding, we wrote this piece to help provide guidance to those who’d like to purchase the best small truck for gas mileage. If you’re one such person, you’re probably trying to figure out the right brand, price and aesthetics among other factors.

The main focus of this article is miles per gallon, but we’re considering a few other factors to ensure that the truck you finally settle on will be one that serves you right. As such, we’re also picking strictly from the most reputable brands.

How We Chose Our Ratings

With many small trucks in the market and some of them sharing their own reviews on their websites and blogs, it becomes very difficult for potential buyers to ascertain whether or not the review being provided to them is authentic.

The bottom line is that every user is keen on getting value for money. As such they want the truth about the product they intend to buy.

To give our readers the best, all our reviews and ratings put transparency, authenticity and honesty ahead of everything else.

This ensures that all customers who make a purchase decision based on our reviews are clear on their minds what they’re going into.

To deliver the best to our readers, we dig deep into each and every product on our list. We go online to read professional and authority reviews, as well as users’ reviews and testimonials. We don’t just rely on one platform, but several different ones so that we understand exactly what users and professionals are saying across the board.

After putting so many things into consideration, we came up with a list to help you make a decision on the best small truck for gas mileage. Not just gas mileage alone, but generally a truck that would serve you properly.

That being said, below is a list from which you can pick the best small truck for your needs:

If you're looking forward to owning the best small truck that will deliver both performance and an outstanding MPG, the 2018 Chevrolet Colorado Base 4x2 Extended Cab comes pretty at the top of our list with 26 MPG.

Admittedly, that's not the best MPG performance in town, but combined with other features and based on customer reviews, this truck sits right at the top of our list. It includes 2.5L I-4 200hp engine, 6-speed manual transmission that also boasts of overdrive.

In addition to that, this truck is also fitted with 4-wheel anti-lock brakes, side seat airbags and 4-way power driver seat among several other features.

This small truck has an EPA estimated MPG performance of 17 in the city and 24 MPG on the highway. The general estimation of its MPG is 26. Users love this truck because of its fuel efficiency and reasonable maintenance cost.

Some of its features that make it many a user’s favorite include EcoDiesel 3.0L v-6 240hp intercooled turbo engine, 8-speed automatic transmission system with overdrive, an effective 4-wheel anti-lock brakes, airbag occupancy sensor among several others.

In fact, there are many users who rank this as the best small truck for mileage because of its combination of some sought after features and its good MPG performance.

The 2018 Honda Ridgeline (Gas V6) is not only a good truck that serves, but also sells. While some people feel that its base price of around $30,000 is a bit on the higher side, those who know it and what it offers don’t think twice before signing off that check.

The truck has an EPA rating of 19 MPG in the city and 26 MPG on the highway, also coming in as one of the reasons why it has such a huge market share. Speaking about the truck, one professional reviewer said that this is the truck you own if you’d like to sometimes tow or haul without having to forego the refinement that they’re become used to in their SUV.

It has an amazing 1,500 pounds of payload capacity plus a towing ability of 5,000 pounds, not forgetting that it has an all-wheel drive capability.

If your preferred make is Ford and you're keen on getting a truck with a good MPG performance, 2018 Ford F-150 Lariat 4x2 SuperCab Styleside 6.5' Box is a good choice. This truck is a great performer besides its 26 MPG performance.

Considered best small truck among many, 2018 Ford F-150 has Ecoboost 2.7L V-6 325hp twin turbo engine, 4-wheel anti-lock breaks and 10-speed automatic transmission with a fully functional overdrive. It has a very stable electronic system that makes its use quite smooth, considering that its mechanical aspect is equally sturdy.

With its ABS and driveline traction control, its cruise control, as well as its robust airbag system, 2018 Ford F-150 Lariat remains a loved choice by many automobile users. 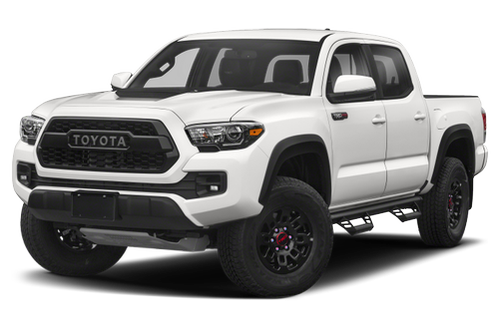 While the Tacomas have rated poorly in the power category, the 2018 Toyota Tacoma (Gas Four-Cylinder) brought in a new twist to that equation, a reality that has seen many users rate it more favorably in that area.

If you're keen on getting the best small truck for more off-road driving, this truck ranks high. The 2018 Toyota Tacoma is a 24 MPG truck, a factor that has earned it good rating with users who’re keen on getting both performance and fuel efficiency.

Introduction this machine, the company decided to remove the 5-speed manual transmission that was seen in its predecessors. There is, however, another interesting entry to the features, which is a Toyota Safety Sense-P feature. Toyota Tacoma SR5 V6 include 3.5L V-6 278hp engine, 4-wheel anti-lock brakes among other interesting features.

The 2018 Nissan Frontier (Gas 4-Cylinder) has been touted as one of the trucks that bears arguably the cheapest engine.

It has a 4-wheel anti-lock brakes and a 5-speed manual transmission system with overdrive. While some people consider this the best small truck for their individual needs, generally, it has some flaws that we feel we should highlight.

By having a 2.5L 4-cylinder engine combined with the 5-speed transmission, this truck ends up with a dismal 152 horses. For someone keen on performance and MPG performance, this truck doesn't deliver both. Moreover, it's also lacking in some of the modern features that many people already consider standard. 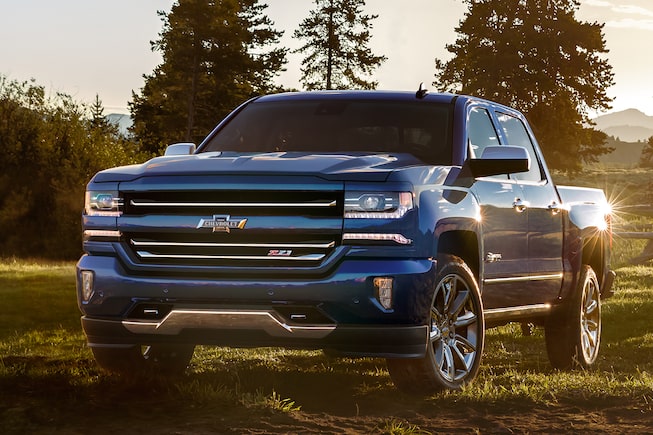 The 2018 Chevrolet Silverado 1500 WP 4x2 Regular Cab 6.5' Box is a 24 MPG truck that has a wanting combined MPG of 14. It offers more or less the same engine features as its GMC Sierra sister. It has EcoTec3 4.3L V-6 285hp engine, 4-wheel anti-lock breaks, 6-speed automatic transmission with tried and tested overdrive.

Considering the 4-wheel drive models, however, this truck comes forth among the best when it comes to fuel efficiency. While the truck is praised for its performance, many people have complained that the price tag is a little too high.

When looking for the best small truck for mileage, the 2018 GMC Sierra 1500 (Gas V6) makes it to the list. This beast of a truck boasts of almost the same mechanical features as those of its sibling Chevy Silverado 1500.

This truck is highly rated because it has a clear upscale in styling, allowing the user to enjoy some luxuries, not just in its style and design, but also in terms of functions. It has EcoTec3 4.3L V-6 285hp engine, 6-speed automatic transmission with properly working overdrive among other features.

While it's a properly performing machine, it's not the truck for everyone because of its base price of $28,500. One thing that many people have particularly loved about it is its well done interiors.

The 2018 Toyota Tundra SR 4.6L 4x2 Double Cab is a 19 MPG machine that many people consider their best small truck choice based on some of its features, more so with regards to performance and fuel efficiency. Its engine is an i-FORCE 4.6L V-8 310hp.

It boasts of 6-speed automatic transmission with overdrive, 4-wheel anti-lock brakes and a range of other features that make it many a person's favorite. It has All-Speed Dynamic Radar Cruise Control distance pacing, driveline traction and an electronic stability that many people have spoken quite positively about.

When you purchase a small truck for mileage, you definitely need value for your money. To determine how a product performs in consideration of this criterion, we looked into the lowest price in the entries, the average price of all the products considered on our list vis-a-vis the quality of the products.

We understand that there is no better way to tell how good a product is than by either using it or getting the feedback from people who've used it. Our question, therefore, goes: Have the people who’ve used the product gotten value for their money?

A company that offers great customer service most likely has a great product. Well, at times it’s just the great experience that the customer enjoys that pushes them believe that the product is the best.

For our ratings, therefore, we look into how a company handles customer communication, customer orders, how fast they respond to complaints, inquiries and more. A company that doesn’t respond fast enough to customer messages is likely to run into trouble with its customers and this can be established from what customers say online among other forums.

What does the public think of the company and its products? There are many online platforms on which customers give their feedback on products and services they receive from companies. From such platforms, we get to understand whether or not the public is happy with the product and the company.

If customers are happy, it’s obvious that their products are good, and they treat their customers well. A customer who's not treated well cannot be expected to leave a good rating for the company. Such feedback, therefore, come in handy for potential customers.

There are several other trucks that haven’t made it to this list, but which are also considered to be real value for money. While some of the small trucks we’ve left out are performers, many of them have wanting MPG performance, a metric that’s a key consideration for this list.

As a participant in the Amazon Services LLC Associates Program, this site may earn from qualifying purchases. We may also earn commissions on purchases from other retail websites.

Most Reliable Pickup Truck: Here Is A List Of Them
Best Trucks 2019 – Top 5 Revealed
Rat Rod Building: Everything You Need To Know
The Eight Best LED Lights For Trucks
What is the Best Midsize Truck
This website uses cookies to ensure you get the best experience on our website. Learn more.